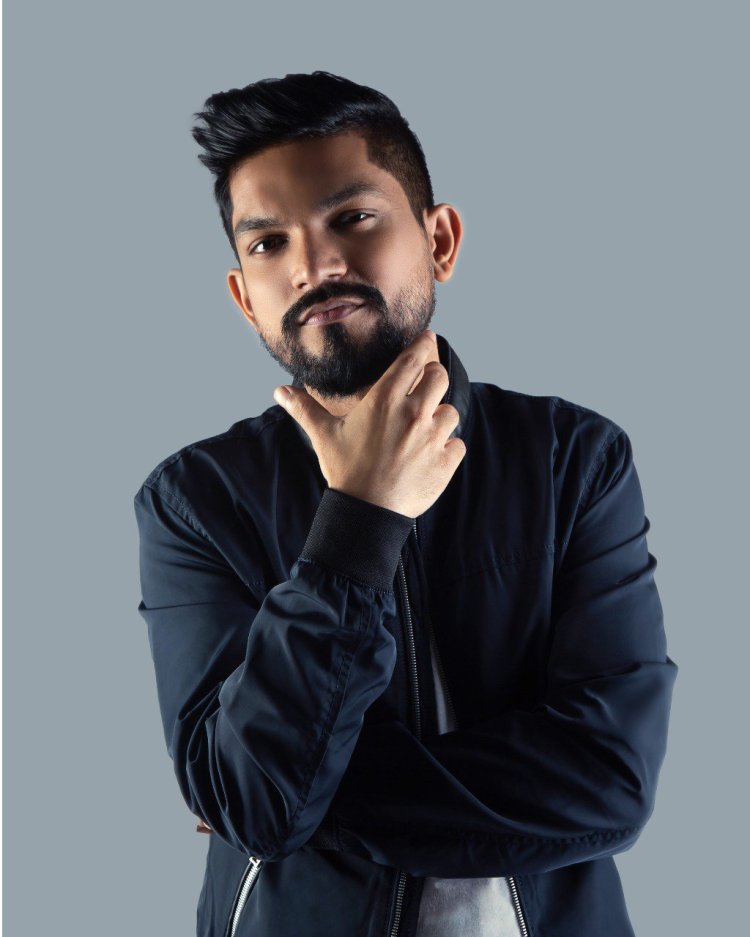 Bharat Goel and singer Nikhita Gandhi have come together for a song, Kamli. To release on June 24, the song tells the story of a girl in awe of a boy, who she secretly admires. Mesmerised, almost in a trance, she longs for the day he becomes her lover.
With cutting-edge composition and production by Bharat and stunning vocals by Nikhita, the track is a sure hit.

*Ask the award winning composer-music producer, who has been associated with Bollywood films like Bajrangi Bhaijaan , Yeh Jawaani Hai Deewani, Aye Dil Hai Mushkil and Badhai Ho, about kamli, and he says, “The song has been written beautifully by Anurag-Deepak. They are very talented writers. The track was recorded during lockdown at Nikhita’s place. She is very proactive and professional, hence she managed to record Kamli in just three days*

Speaking about the idea behind the song, *Bharat says that Kamli is the story of secret admiration based in modern times. “I have always had a very keen interest in dance music composition and production. The song needed a contemporary vocal texture along with precision-based performance. Nikhita has phenomenal control over her notes as well as the apt texture to match the track,” he says*

For Nikhita, working on the song was sheer pleasure. “When Bharat approached me with this song, I was immediately intrigued. I was excited about being part of such a commercially viable song through an indie release. I even told Bharat jokingly that, ‘Bro, pitch this to a film, they will love to feature this.’ But his bold and awesome attitude to release this as a single, and own this genre was what made it really exciting to come on board. We need more artistes like Bharat who proudly release such awesome work! Looking forward to all of you hearing this track,” says the singer.

Ask the composer what’s the most special thing about this composition, and he says, “While it sounds phenomenal as a dance record with cutting-edge dance music production, it sounds equally pleasing if one was to just hum it with a simple guitar, which is why I believe it will appeal to a wide variety of audience across all age groups and demographics.”